The Indian Navy can be no better than its officers, sailors, and defence civilians. While the Personnel Branch at Naval Headquarters is charged with the responsibility for supervising personnel administration, this important link between the Navy being a ‘combat ready, credible, cohesive and future proof’ service and its human resource must and does receive the constant attention of every officer and man and woman in whites; and it has been only through such attention that our personnel remain – future proof. In the preceding decades, we have seen fundamental changes in geopolitical alignments, military tactics, weapons and technology. At the same time, the Indian Navy, which is every Indian’s Navy, has come off age, and is now a ‘Large Navy.’ Large navies possess many traits. The most important being organisational transformation to think ‘big’ and ‘beyond’ with focus on ‘outcomes’ in our core professional tasks. In doing so, all hands onboard are critical – every member of the workforce counts, for synergistic working and success.

Since independence, while our human capital system, be it recruitment, training, billeting, upskilling, and retirement has been modified, adjusted, and added to; in more recent times, the Navy have led a major overhaul of its personnel management system to better align processes with ground realities. The most significant of these changes are the Agnipath scheme and induction of women across all ranks. And it is in this context that recent pan-Navy personnel management related initiatives need to be viewed by our countrymen in general and policymakers in particular.

Agnipath: Shape The New Workforce For The Changing Character Of War

Our nation is poised to become the world’s most populous but more importantly, endowed with a youthful demography. It is only prudent then, for the Navy to tap into India’s youth potential and reap its demographic dividend (of the 140 crores Indian by 2030, 50% are likely to be below 25 years of age). On 14 June 2022, the Hon’ble Raksha Mantri and three Service Chiefs launched the short-term defence recruitment scheme – Agnipath, probably the biggest induction transformation by the Armed Forces since independence. There is an opportunity through Agnipath to tap into the abundant pool of vibrant and exuberant youth to make our Navy nimbler and more effective. The introduction of Agnipath scheme will also enable the Indian Navy to shift the profile of a sailor to a more youthful and technologically adept sea warrior.

Going ahead, the permanent cadre of sailors would consist of well-experienced personnel enrolled after four years, who would be trained for niche operational and technical skills to serve in leadership and supervisory roles. The youthful cadre would consist of Agniveers serving for four years. This excellent combination of youth and experience will ensure the operational readiness of our fleets, submarines and aircraft squadrons. All in all, the Agnipath scheme will lead to a better organisation and leaner command and control structure in the Navy. At the same time, the scheme would also bring about the much needed shift to remain fully modern, well-equipped and a force for the future. Whilst the seniors will provide ‘Hosh and Anubhav,’ the Agniveers will foster ‘Josh and Jazba.’ The modalities for the ‘management of change’ have been worked out in detail, the first batch of Agniveers are training at INS Chilka (our premier sailors training centre), and we look forward to the successful graduation of pioneer Agniveers in end March 2023.

The decision to expand the scope for women officers in the Navy to include all specialisations (except submarines) as also opening entry of women as Agniveer sailors has been a tectonic shift in our human resource paradigm. From here on, upto 20% of an Agniveer batch will be women, assigned to various sea-going branches of the Navy. This is keeping in pace with the need of changing times. While women officers are already undertaking diverse roles and shouldering responsibilities in the Navy, including combat roles (28 women officers are appointed onboard frontline warships), we have acknowledged the fact that 50% of India’s work force today comprises of women – Nari Shakti. Consequently, as India celebrates Azadi Ka Amrit Mahotsav, and shapes course for Amrit Kal – it is indeed true that the greater opportunities and facilities we provide to our Nari Shakti, they will return us more than that. With increased participation of women workforce in the Navy, we have instituted policy provisions towards greater inclusivity including amenities and facilities onboard ships and establishments ashore.

During war games, complex scenarios are often simulated, with fleets and aircraft manoeuvering, under the looming threat of enemy fire, counterattack, air defence scenarios, et al. These complicated manoeuvers and exercises are entirely hinged on the premise that the human element will do its job up to 100% effectiveness.  However, as is well known, ‘Machines don’t fight wars. People do.’ At the same time, demographics and Generation Z have brought changes in the motivations and expectations of the Navy’s workforce. Consequently, the Navy has made concerted efforts to listen and learn from our officers, sailors and defence civilians; while enabling them to push the boundaries of warfare whilst safeguarding India’s maritime interests.

In contemporary times, our personnel expect career assignments and options aligned with their interests and abilities rather than one size fits all paths. In order to provide a responsive, adaptive and transparent system that our work force desires, the core of Navy’s new approach to personnel management aims to focus on four pillars: consultative career planning, digital management, up skilling and subject matter experts and finally, focus on community. 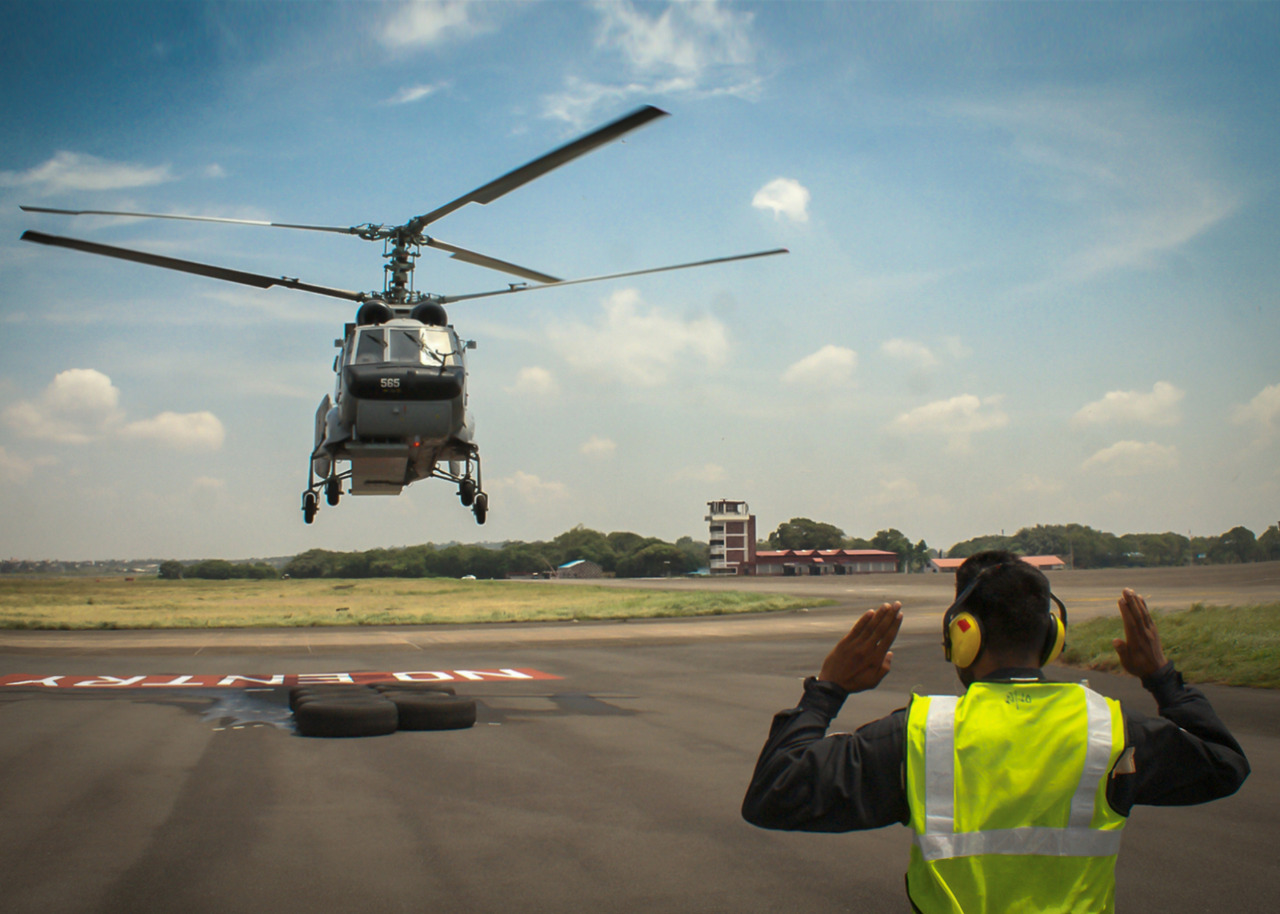 If we continue to ‘judge a fish by its ability to climb a tree,’ the result will be anything but optimal.  The Navy has, therefore, recalibrated its personnel policies, in wide-eyed, forward looking paradigms, with due consideration to balance skill and experience. The institution of ‘bid for billets’ published in the intra-Navy website has enabled and empowered our officers to participate in a consultative career planning process. In addition, our reach out programme seeks a two-way engagement in career planning, to foster better job satisfaction, and enable retention of our highly skilled and experienced personnel. Further, the institution of quarterly magazine for defence civilians has provided a forum to highlight various initiatives and policies being pursed for their human resource management.

To foster a transparent system, amongst other digital initiatives, we have leveraged technology and commissioned electronic Confidential Reports (e-CRs) for officers, Service Documents (e-SDs) for sailors, and Annual Medical Examination (e-AME). We are working towards an internet-based electronic claims (e-claims) process. In addition, all transactions on the Directorate of Personnel website have been made digital, with online submission of various requests and applications such as NOCs, joining reports, updating of data, etc. The objective is to enable ‘ease of transaction’ and provide information to our personnel ‘on the click of a button,’ in order to allow our deployed personnel to focus on their core tasks.

We in the Navy take great pride in calling ourselves a ‘Learning Organisation.’ One of the attributes of a ‘Learning Organisation’ is to ensure a learning continuum of its personnel and provide all avenues so that they become better versions of themselves professionally and personally, every single day. The Navy also endeavours to be ahead of the curve and train its personnel to remain ‘future proof.’ In this pursuit, we truly believe that education and knowledge are the bedrock of professional competence, which directly manifests to fulfil the mandate given to us.  Consequently, the institution of ‘professional enhancement courses’ to create ‘Subject Matter Experts’ (SMEs) in niche and upcoming domains of future naval warfare such as lawfare, Operational Research (OR), Artificial Intelligence (AI), Big Data Analytics (BDA), robotics, data analytics, ship design, strategic communication, cyber, space, etc. The launch of a revamped Indian Naval Digital Library (INDL) is also an effort to strengthen continual education for our personnel.

The final pillar, aims to improve community and family readiness experience for officers, sailors and defence civilians alike. ‘SamUha,’ an online internet-based website for naval community welfare and support has been launched for use by the naval community. The website is an amalgamation of over 22 sources of family/community-relevant information in one central tool including a forum for open and frank discussion. This is a Navy-wide effort that will empower the community, connect families and foster a sense of belongingness. We have also introduced the ‘family logbook’ to build psychological, and emotional trust between the service member and his/her spouse. Further, Navy Wellness and Welfare Association (NWWA) has realigned its objectives to foster an enabling environment for the spouses and families of naval personnel including early intervention centres, and MoUs with universities for higher education of children.

Retirement & Beyond: Transition To Merchant Navy & Other Initiatives

After about 36 years, in 2022, the Navy finally concluded a MoU with Director General, Shipping to enable smooth transition of naval personnel (both serving and retired) into Merchant Navy. The MoU recognises the sea service and training of our officers and sailors while opting for merchant navy as their second career. In addition, numerous other memorandums concluded with multi-national companies such as Flipkart, Amazon, United Health Group, Optus, Hiyamee Private Limited, and L&T Shipping will provide first-class opportunities to our personnel after they swallow the proverbial anchor.

Finally, is the issue of leadership. The nature of leadership is the enduring requirement of leaders and, at its simplest, it can be described as the process of wielding influence among a group of people to achieve common goals. Navies historically evolved in a hierarchical model because that style of leadership was most effective for traditional naval battles of the 19th and 20th century. However, as naval warfare has evolved from being ‘complicated’ to ‘complex,’ traditional models of command and control may render itself ineffective for future wars. In order to sustain effective military leadership in these changing times, the Navy has acknowledged that there is a need to adapt our leadership at all levels. A failure to adapt today, may result in unfavourable consequences in 2040; when the Navy’s frontline destroyers and frigates will be commanded and manned by Gen Z officers and sailors in senior leadership positions.

Our Navy’s unique and traditional ‘Divisional System’ is built on the effectiveness of ‘communication’ wherein a transparent two-way interaction facilitates team building, bonding, synergy and trust. That is why we have reinforced the ‘Divisional System’ which needs to remain fully functional and vibrant at all times. Through a slew of directives and engagements, we are ensuring that every senior member in any and every naval establishment and unit endeavours to articulate the significance of ‘why we are doing what we are doing,’ a certain activity/action to the junior most members of the team. The intent is to transform the Navy’s culture to ensure ‘buy-in’ across the organisation, which is crucial for our success as a combat force.

‘May you live in interesting times’ goes an old saying. As geopolitics, emerging technologies, and disruptive tactics make the maritime domain more complex, the way the Indian Navy enables its work force with tools that are aligned to this fast changing context have also been reviewed and realigned. As a Service we demonstrate a burning desire to develop our officers, sailors and defence civilians to consistently and sustainably deliver their ‘best ever’ performance. The end state is to transform Indian Navy’s human resource into a more tangible asset and to plan and integrate personnel into the service’s strategic needs. Finally, anchored to CNS’s vision of ‘SHIPS FIRST’ and to enable ‘efficiency in operations,’ the personnel management of the Navy remains committed to foster its work force to be on the knife edge of competition, – ‘combat ready, cohesive, credible and future-proof.’

Can BrahMos Missiles Cruise In The Export Market?

To receive the latest news on Indian aviation and defence.

To receive the latest updates on Indian aviation and defence